Against violence in schools and families

Papua New Guinea calls itself "the land of the unexpected." A unique diversity and an exciting ethnological history make the country very special indeed. Large parts of it were not discovered until the 1930s; until then, many people lived in small ethnic groups and a level of development dating back to the Stone Age.

The rapid changes after the discovery also led to tensions in many areas. Even today, the country suffers from particularly high rates of domestic violence, sexual violence and violence against children - in both the private and public spheres.

The next steps will be planned as soon as possible depending on the current pandemic situation. 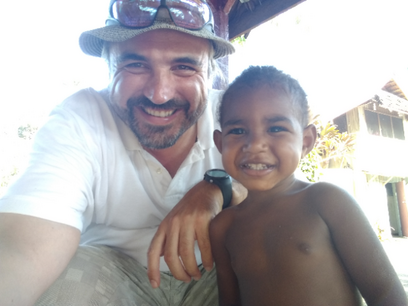 Text by Sepp Ginner, an Austrian project worker in development cooperation in the 1980s:

On February 28, a huge earthquake (7.5 Richter scale) shook the Southern Highlands Province in Papua New Guinea. Such a remote area of the world is completely overlooked by the world's public.
But for me, it is a like a bludgeon. Six months ago I lived in Yaken, near Mendi, the provincial capital. The house we lived in was torn into three pieces, the car we were driving crashed in a crevice in the ground, the water tanks were broken.
My friend Maikol has left his house as if from an ejection seat, it is now leaning quite wearily on the folded stilts. The whole village is cut off from traffic, the power supply has collapsed.
The biggest problem is the water supply, because there the rainwater is used as drinking water. This requires tin roofs, rain gutters and tight tanks. And that is exactly what was destroyed by the earthquake. Fortunately, no one was injured in "my" village, but there are hundreds of dead people all around the province and in neighboring provinces.
The national government is completely overwhelmed. The infrastructure in the entire region (Mendi, Tari, Nipa, Kutubu) has been razed to the ground. The hospitals are hopelessly overcrowded and have no electricity, no water, no medicine. The doctors and hospital staff have lost their own houses and are sleeping under makeshift tarpaulins and in tents. The earthquake still continues with sustained force, hundreds of aftershocks ranging in magnitude from 4.2 to 6.5. (See related story: https://earthquaketrack.com/p/papua-new-guinea/recent)
People are panicking and starting to starve, especially children are affected.
We are collecting money for Maikol, because half the village depends on his water tank. I am sporadically in contact with him, he can charge his cell phone thanks to the small solar panel I brought him last year. And the radio masts are gradually being repaired by Digicel and equipped with their own power generators. Digicel has guaranteed free phone service for 3 weeks.
He is an extremely reliable man, has 5 children of his own and is one of the most trustworthy people in his village.
At the moment the whole region can only be supplied from the helicopter. It is a highland region with extremely impassable mountains and valleys.

Support the local people with a donation to B4HP, which will arrive 1:1! Please indicate the keyword "Papua New Guinea" when transferring the money. 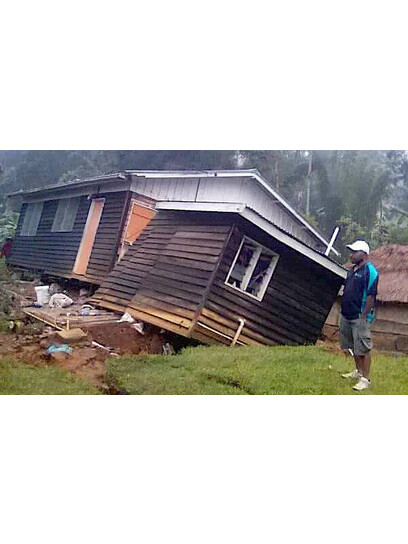 Bridges for Hope and Peace